Any programming language has a set of data types. Data types are basic, and quite similar for all languages. All data types are composed from bits, therefore, I dedicate a post to introduce the history of bits and bytes. My advice is that you should read it before continuing reading this post.

Reference types, which are objects created by the constructor of classes.

1 byte a byte is composed of 8 consecutive bits in the memory of computer. Each bit  is a binary number of 0 or 1. Java uses "byte" to name a integer type with small scope (Size: 1 byte). 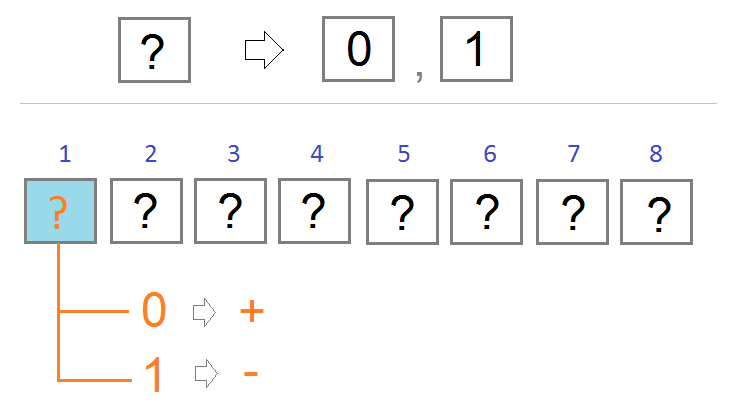 Why is the smallest number of byte type in Java -128?
If the rules that the first bit has a value of 0 equivalent to +, the value of 1 equivalent to -, then we have two ways to represent 0 (see the illustration). 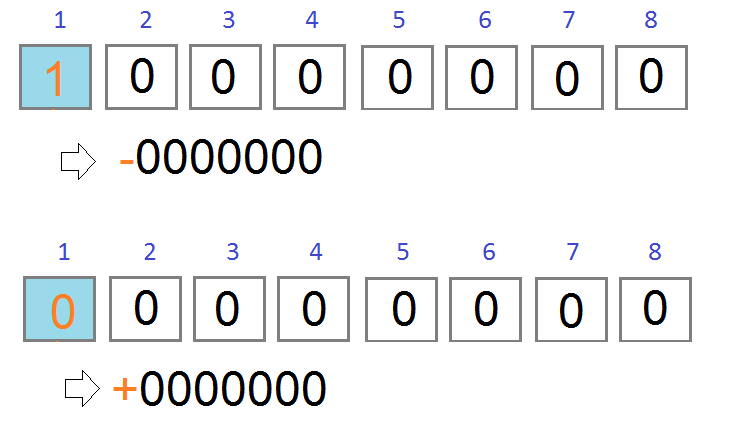 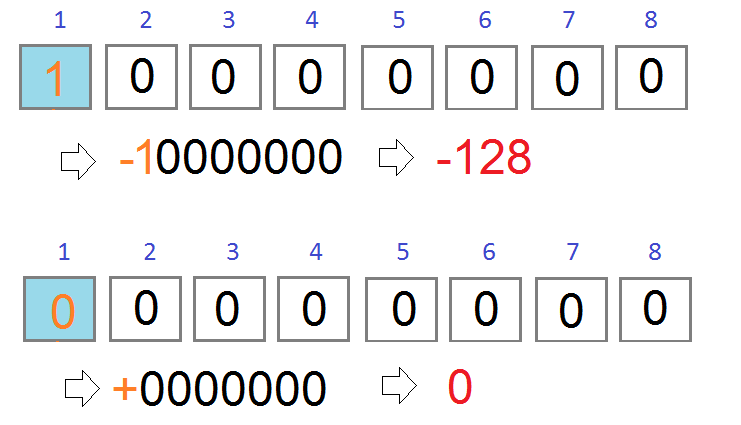 boolean is the simplest data type. It has size of 1 bit. It has 2 values of  true and false.
The default value for the boolean type is false.

short is data type for the purpose of representing a two-byte integer  (16 bits), including negative integer.
** Note: See the explanation of the rule to determine the positive or negative number in the section of byte data type.

The long data type is used to represent integers with the size of 8 bytes (64 bits).

float data type is used to represent a real number with the size of 4 bytes (32 bits).
Example:

double data type is used to represent a real number with the size of 8 bytes (64 bits). It is the default type for real numbers.
Example:

Reference types are created based on a class. The class is like a blueprint to define a reference type.