The access modifiers in CSharp specifies accessibility (scope) of a data member, method, constructor or class.

The table below illustrates give you an overview of how to use the access modifiers.
You can see more details follow the example below:

The private access modifier is accessible only within class. 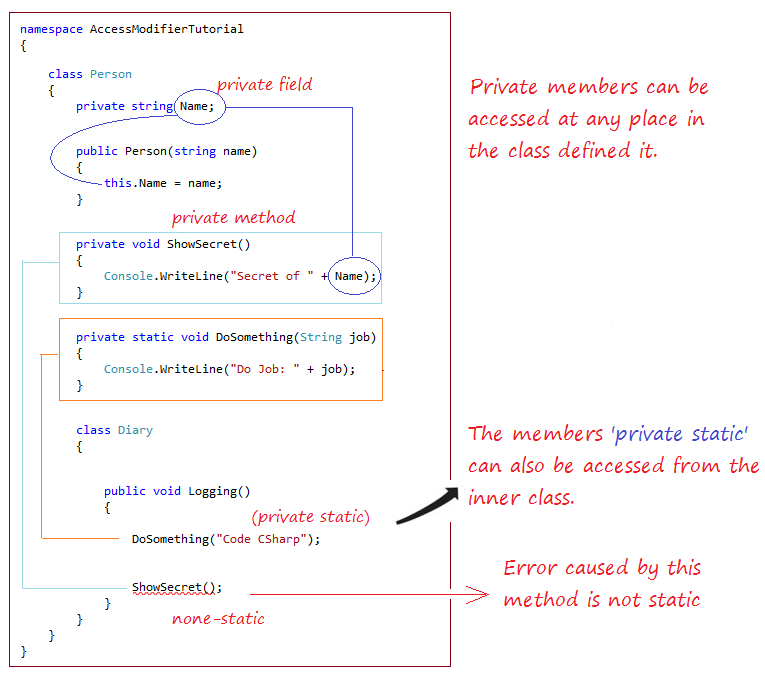 You cannot access to private member outside the class that defines that member. CSharp will notify error at the compile time of the class. 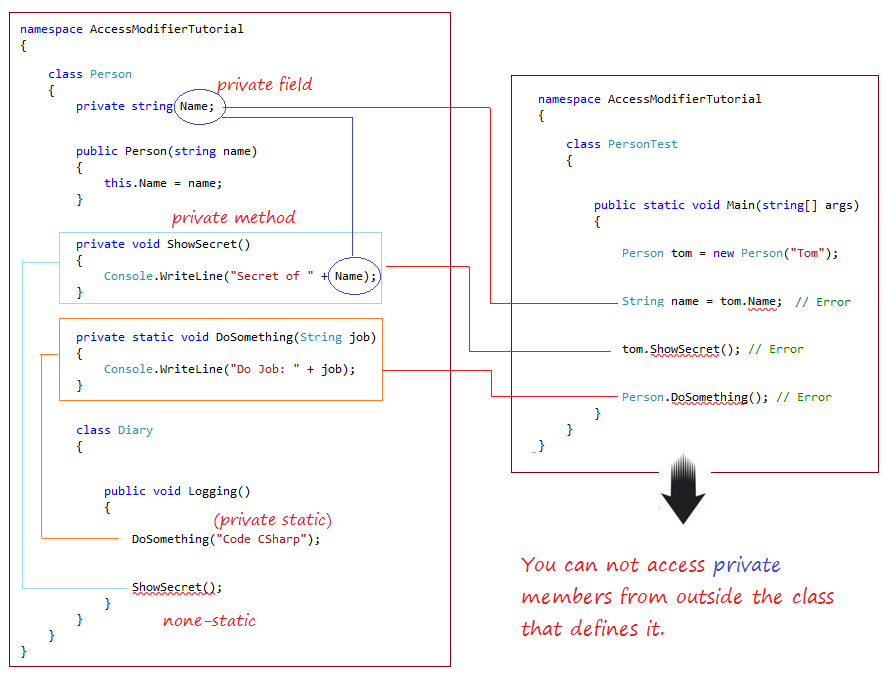 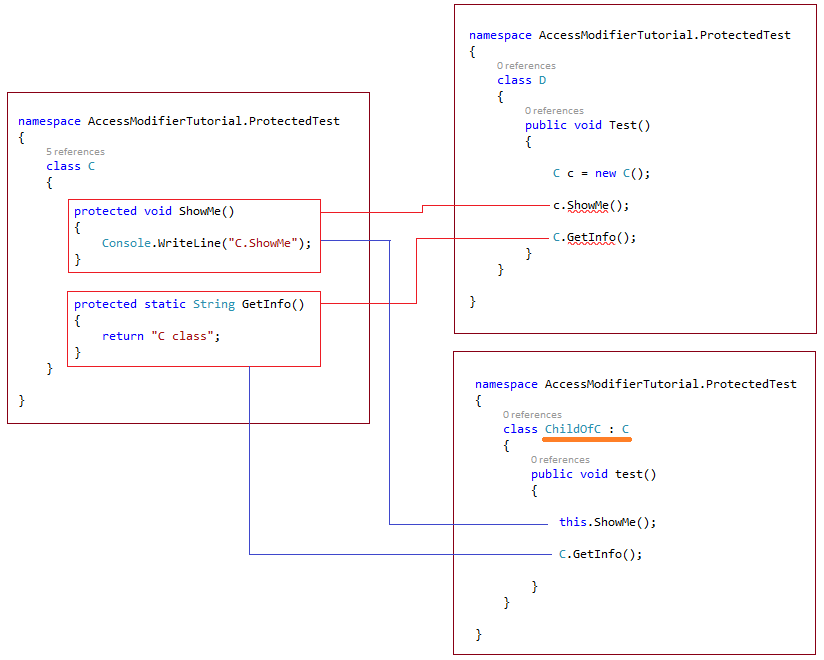 An assembly is the compiled output of your code, typically a DLL, but your EXE is also an assembly. It's the smallest unit of deployment for any .NET project.

The assembly typically contains .NET code in MSIL (Microsoft Intermediate language) that will be compiled to native code ("JITted" - compiled by the Just-In-Time compiler) the first time it is executed on a given machine. That compiled code will also be stored in the assembly and reused on subsequent calls.

The public access modifier is accessible everywhere. It has the widest scope among all other modifiers. 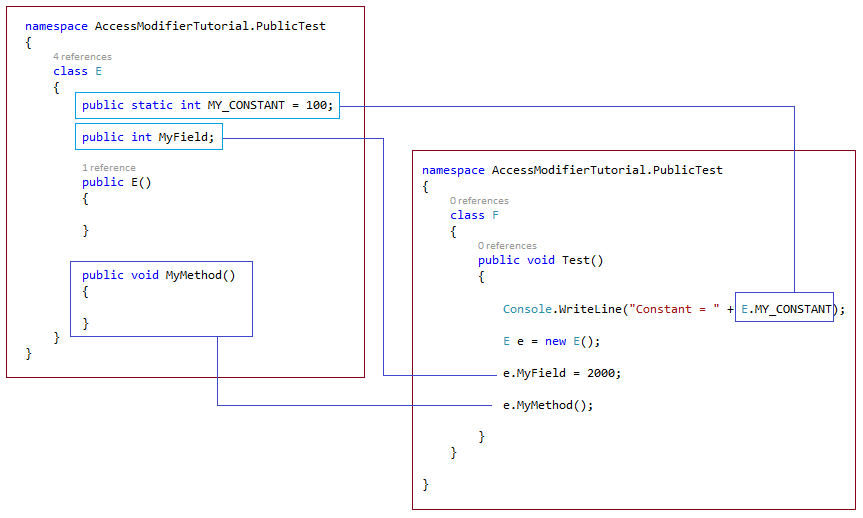 In CSharp, you can override amethod of  superclass with a method of the same name and parameters, and return type in the subclass, but you are not allowed to change its access level.

However, you can create a method with the same name, parameters, return type, but different access levels if using the new keyword, the fact that this is a different method unrelated to the method of the parent class.

The difference between the  override and new has been explained in the document "Inheritance and polymorphism in CSharp" you can look at: