In 2013, Facebook said that the AngularJS of Google was slow and heavy, therefore, in that year, they introduced ReactJS to the developer community. But the ReactJS was only a library to create components and render these components onto the interface. The ReactJS did not have the ability to manage the state of applications. Soon afterward, the Facebook introduced a Javascript library called Flux helping to manage the state of applications, and it is the library created to support the React. 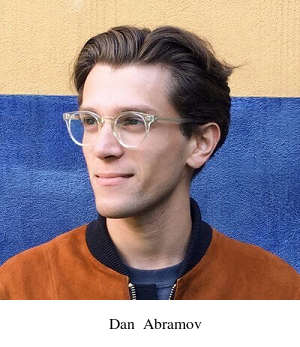 After its birth, the Redux caused a great resound and immediately attracted the attention of the React community and even Facebook also invited Dan Abramov to work. At present both the Redux and Flux exist in parallel, but the Redux is popular and more widely used.

Flux vs Redux:
In the term of endusers, when they interact on the interface of application, they are only interested in the result of such act. But in fact, very many processes occur. OK, now, we will analyze the architecture of Flux and Redux  to understand these processes more.

Flux's architecture was introduced for the first time at the Facebook F8 conference in 2014 by Bill Fisher and Jing Chen. The idea re-defined the MVVM (Model View - View Model) model widely used previously with the "unidirectional data flow" concept.

Actions and events in the Flux will pass a "closed circuit" with the following form:

Below is the illustration of the general architectures of the FLUX: 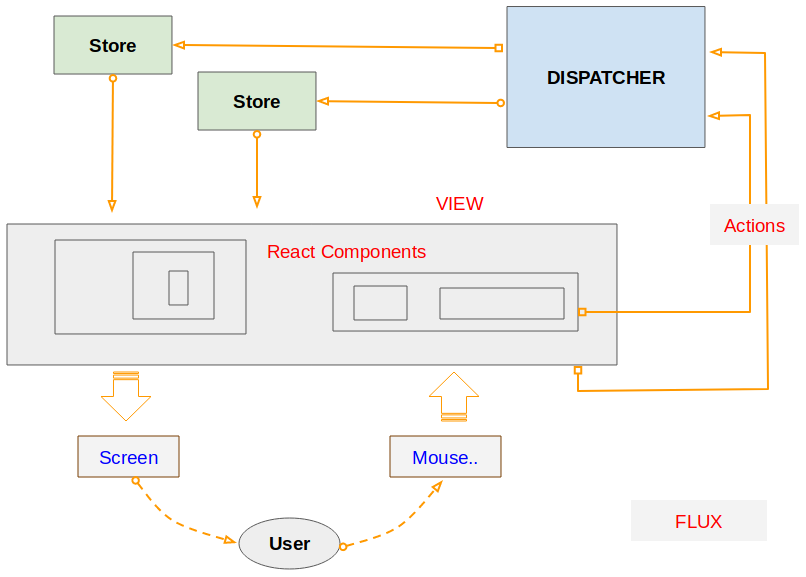 The parts in the architecture of the FLUX:
VIEW: a hierarchical composition of React Components.
ACTION is a pure object created to store information related to a user's event (click on the interface). It includes the information such as: type of action, time of occurence, location of occurence, its coordinates and which state it aims to change.
DISPATCHER: The only point of the application to receive Action objects to be handled.
STORE: Store listens to Actions, manages data and the status of application. The Stores bases on the action objects to respond to the corresponding INTERFACE USER.

The Redux studies the architecture of Flux but it omits unnecessary complexity.
Below is the illustration of REDUX ​​​​​​​architecture: 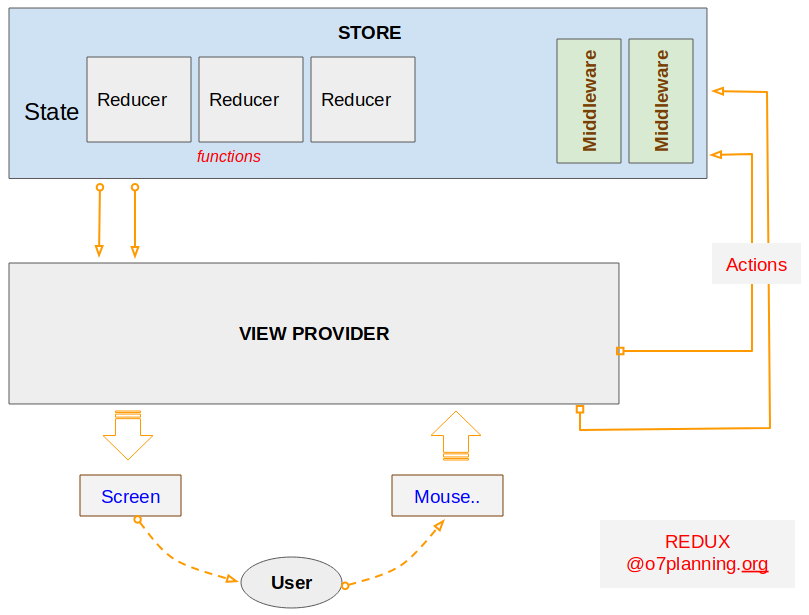 ACTION: a pure object created to store the information related to a user's event (click on the interface,...). It includes the information such as: type of action, time of occurence, location of occurence, its coordinates and which state it aims to change.
STORE: Manages the status of application and has dispatch(action) function.
MIDDLEWARE: Provides a way to interact with Action objects sent to STORE before they are sent to REDUCER. At Middleware, you can perform the duties such as writing logs, reporting errors, creating asynchronous requests, or dispatching new actions,...

REDUCER: A pure function to return a new state from the initial state. Note: REDUCER does not change the state of the application.Instead, it will create a copy of the original state, and amend it to have a new state.