Python provides you with 4 modules related to date and time.
datetime module:
datetime is a module, designed base on object oriented to work with date and time in Python. It has several classes that represent date and time. 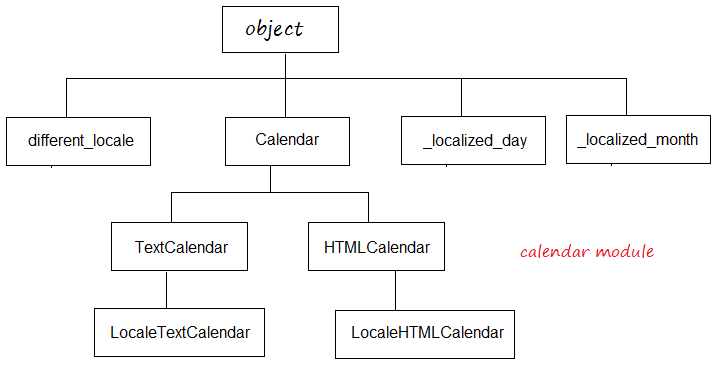 The calendar is a module that provides functions, and several classes related to Calendar, which support generating images of the calendar as text, html, ....

2- The concept of Ticks

In computer science, 12 am on January 1, 1970 is a special time, it is used to start counting time. This special moment is called epoch (Computer Age).

In Python, the time between the present moment and the special time above is expressed in seconds. That time period is called Ticks.

The time() function in the time module returns the number of seconds from 12 am on January 1, 1970 to the present.
ticketExample.py
Output:

tm_sec
The range of second really is 0 to 61; this accounts for leap seconds and the (very rare) double leap seconds.

The functions of time call functions written in C language. Here is a list of common functions, in order to detail it, you can refer to document on official website of Python.
Ticks ==> struct_time
The gmtime([secs]) and localtime([secs]) functions return the struct_time type.
time_gmtimeExample.py

struct_time ==> Ticks
You can convert a struct_time or a Tuple representing the time into Ticks (the number of seconds is calculated from the time of the spoch).
time_mktime_example.py

Parse and format
Module time provides some functions used to parse a string into time. And vice versa, format the time into a string.
An example of parsing a string into a struct_time.
time_strptime_example.py

Datetime is a module which is designed with object-oriented programming to work with date and time in Python. It defines several classes that represent date and time.

Timedelta is a class located in the datetime module, which describes a time period. As the difference between 2 time periods.
The timedelta class has seven attributes, all of which have a default value of 0.
Operators:

Datetime.date is a class, its object represents date, excluding time information
Constructor
** constructor **
The constructor of the date class can raise a ValueError if the values passed in are invalid (out of range).
Constants:
Operators
Methods: