String is the most common type in Python, and you often have to work with them. Note that there is no character type  in Python, a simple character is called as a string of length 1.
There are two ways to declare a string written on a line by using single quotes or double quotes.
If you want to write string on multiple lines using a pair of 3 single quotes.

Python does not support character type, the character is considered as a string of length 1. The characters in string are indexed by starting index 0. You can access substrings via index.

String is a special data type in Python, and it is immutable. Each string has an address stored on memory. All operations on strings create another object. For example, if you want to concatenate a string with another string, this action creates another string on memory. 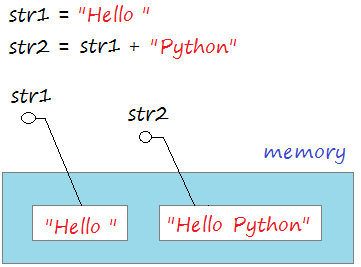 String is a special data type and is frequently used in Python applications. And so it has some features below: 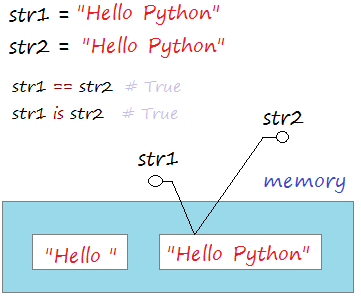 Operators with strings will create new strings in memory.

Escape characters are special characters in Python. It is non-printable characters. However if you want it to appear in your string, you need a notation to notify to Python. For example, "\n" is a newline character.
escapeCharacterExample.py

In Python, there are some special operators below: