2- The first Dart example with VS Code

After you press "Run and Debug", the launch.json file will be created. It contains the configuration to specify the files used to run the application. 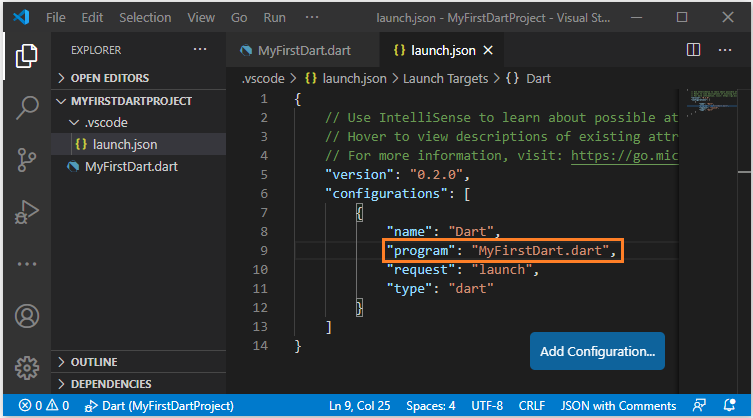 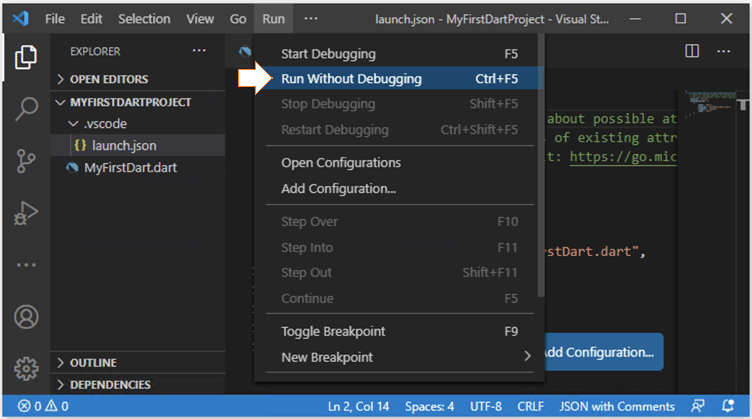 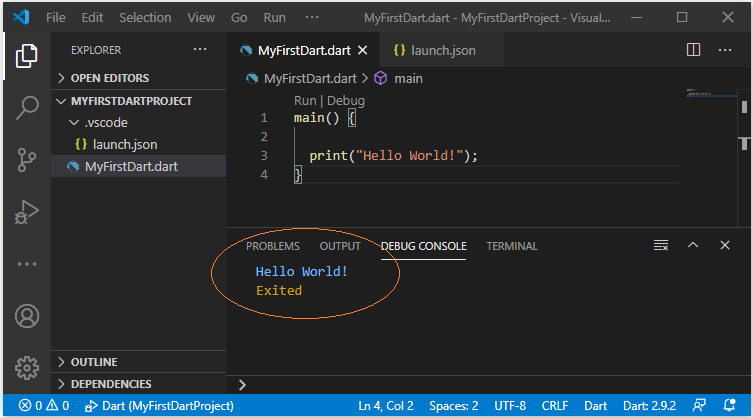