Google, Microsoft and IBM are the leading technology giants in many fields and possess billions of users. But they have a business segment, in many years, always going after Amazon.
What is mentioning is that such business segment is not e-commerce, a field cleaving unto the name of the Amazon. Few people know that this company is still operating in another field, also affectsing billions of users and monopolizing the number-one position in the world. 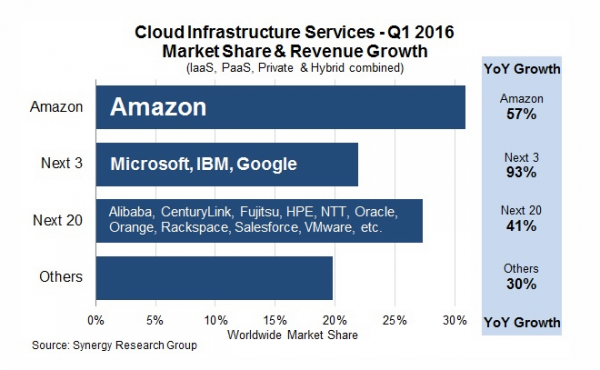 The Amazon's cloud computing infrastructure market share was more than the accrued one of Microsoft, IBM and Google in early 2016
It's the cloud computing field, named Amazon Web Services (AWS), and first published in 2006. Many investors then felt  doubtful of CEO Jeff Bezos's decision because it seems that this is a field not related to e-commerce while the profit of the Amazon's main business segment is going down and cost for investing in the manpower and infrastructure of the AWS is not small.
In 2015, Bezos proved that he was right when he first announced "huge" profit from the AWS. The AWS has brought about US$ 12.2 billion, with profit of US$ 3.1 billion in 2016.
What is the Amazon Web Service? The Amazon defines its product as "cloud computing service". The main function of the AWS is computing, storage, security, data analysis, artificial intelligence service, Internet-of-Things platform... 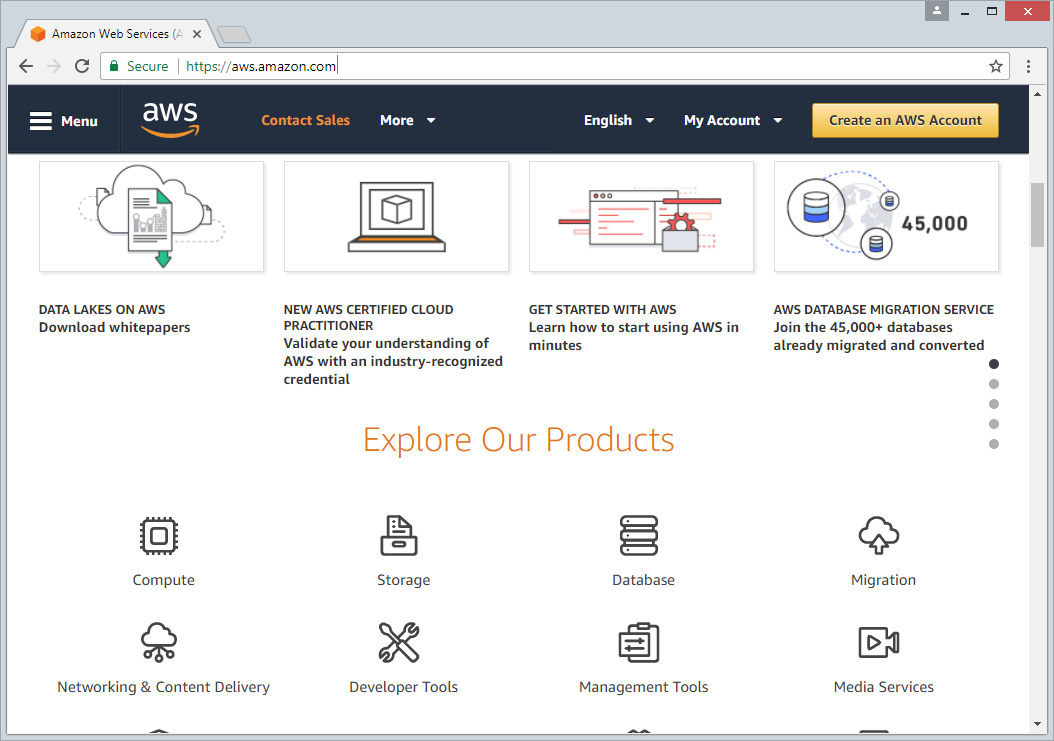 The two most popular service segments of the AWS are Amazon Elastic Compute Cloud (Amazon EC2) and Amazon Simple Storage Service (Amazon S3). Both these services provide users with unlimited resources for storaging, computing with the ability to change scope rapidly. This is also the strong point of cloud computing in general: the flexibility of using resource and cost helps single developers also to be able to approach the infrastructure equivalent to the one of large technology groups.

Many big names are the AWS's customers such as Netflix, Twitter, New York Times, Nasdaq. For these companies, renting back of the Amazon's infrastructure instead of self-development helps them focus on other technology and business issues, as the Netflix's Chief Technical Officer has ever shared. He also identifes that the cloud computing is the best and most flexible solution for companies like Netflix, when the user's demand can result in rapid expansion of infrastructure. 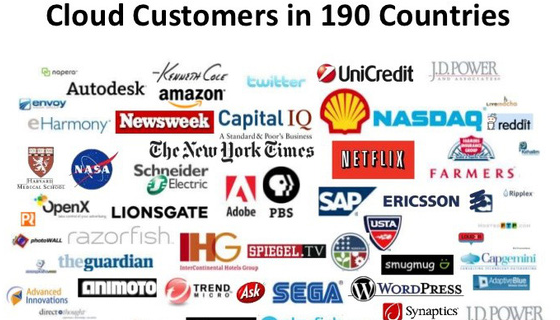 It's not by chance that the  Amazon is involved in this seemingly unrelated field. In the early 2000s, they had a system that helped to build online sale websites. However, upon operation, the Amazon has trouble expanding infrastructure and complications with software system. That's when engineers provide a  more independent and simpler solution. 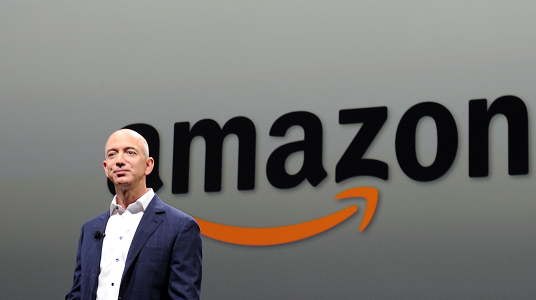 When they realized that they could provide services to organizations other than the Amazon, Benjamin Black, a member of the group, requested an idea with Jeff Bezos. The CEO was keen on this idea, and he even imagined a platform, allowing anyone, including students living in board to be able to reach tools to open a technology company.

To date, such idea has still been true, only it has been widened to the entire world.

Google and Microsoft can not certainly ignore this potential market. So far, the two technology giants have had the products competing with the AWS, but they can not keep up with the speed of providing new features like the Amazon. The Amazon's cloud computing market share is even nearly equal to the combined one of Google, Microsoft, and Salesforce.